You are here: Home Crushology … Screening solutions All about screens Different types of screens

Mechanical screens come in a wide variety of shapes and sizes, so trying to identify the type of device that’s best for your operation can be a little overwhelming. Below, we’ve given you an overview of some of the most common and popular types of screens. This list might not be exhaustive, but it’s a good place to start!

This remains the most widely used type of screen, on account of its relative simplicity and low cost. It’s made up of a frame inclined at an angle of around 15° to 25° to the horizontal, to which the screening media is attached. A rotating unbalance mechanism drives the screen body in a circular motion which, combined with gravity, moves the feed material towards the discharge end. An inclined screen can have multiple decks, allowing for separation into several grades. 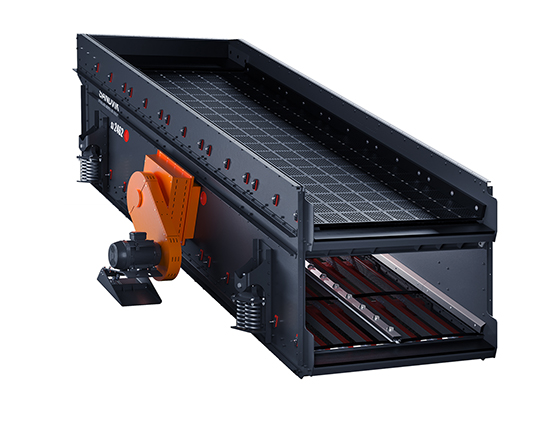 Inclined screens are fairly versatile, and suitable for a range of different applications. As well as changing screen media, it’s often possible to adjust the inclination angle, stroke length, and rotation speed according to the user’s goals. With this versatility, you can find a inclined screen suitable for almost any type of screening. For example, Sandvik produce two ranges of circular stroke inclined screens, the SA, which is designed for medium and fine screening, and the SJ which is especially good for heavy-duty or mining applications.

In comparison with inclined screens, horizontal screens generally provide greater accuracy and capacity, and require less headroom. The decks operate at a relatively flat angle of less than 10°. Sometimes they can even be set up with a negative incline, so that the feed end is actually lower than the discharge end.

Rather than relying on gravity, the feed is propelled forward by the linear (or sometimes elliptical) motion of the screen. The feed, thus, stays on the screen for a longer time than it would in an inclined screen of the same size. As a result, material has more opportunities to fall through the apertures, and more effective screening can take place. This makes horizontal screens especially useful for secondary screening and final sizing. Another reason for chosing horizontal screens is the lower installation height.

There are some drawbacks to using a horizontal screen, however. The relative complexity of the mechanism drive system means that these screens are often more expensive, and they may require more maintenance than simpler apparatus.

Sometimes referred to as banana screens, these screens have curved decks, with a higher gradient at the feed end than the discharge end. The aim with such a design is to perform several functions in the same unit. Material at the feed end travels quickly along the steepest part of the screen deck, quickly removing fines. This thins out the material bed, allowing for more effective stratification as it proceeds. At the lower, flatter parts of the screen deck, the material slows down, allowing for more accurate screening. The screen may be fitted with screen media with varying apertures, to take more advantage of the different gradients and travelling speeds. Some multi-slope screens have several decks.

Although they can provide high carrying capacity and throughput, multi-slope screens are generally expensive, and their effectiveness can be compromised if incorrect screen media is selected

As in the upper section of a multi-slope screen, the steeply-inclined deck of a free-fall screen allows it to handle a large amount of material relative to its size. The steep drop means that no stratification occurs, rather the material drops onto the bed and fines quickly fall through the apertures before a bed of material can build up. This means quick screening and, therefore, a comparatively high capacity. The downside is that accuracy is sacrificed for speed, although some free-fall screen (the Sandvik SF screens, for example) incorporate a second screening section at a lower gradient, for more accurate separation.

Free-fall screens have a linear stroke which is created by vibrating motors, this results in lower price and easy maintenance compared to i.e. multi-slope screens.

These are noticeably different to the screens described so far. They do not rely on a vibrating deck, rather the material moves along a series of revolving cylindrical bars, which also act as the screening media. They normally have a shallow incline (less than 10°) so they can be useful in environments with limited headroom. The movement of the rollers means that blinding is avoided, so they can be a useful option for screening sticky or wet material. 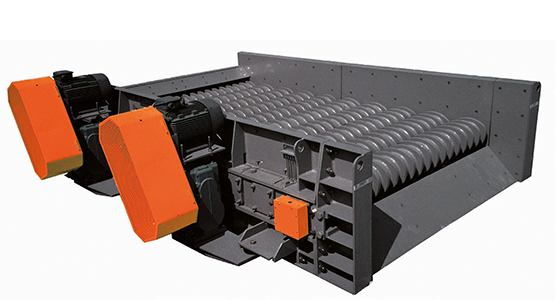 As the name might suggest, these screens are for the most rugged, heavy-duty scenarios. They are designed for scalping – removing fines before primary crushing. Some grizzly screens are static, but more often they have a linear stroke. Typically they will be set up with a shallow incline, and a single deck (although the Sandvik SG can be fitted with a second screen, with wire mesh for additional separation). They consist of a series of parallel bars that intercept large stones and send them for crushing. Their primary characteristics are their robustness and durability.

This article has taken you through the types of screens you’re most likely to encounter, but there are also designs that serve more specialist purposes. High-frequency screens, for example, are used for separating fines through a high-speed small-stroke action. They are often used for processing sand, metal powders and chemicals.

Dewatering screens are used in situations where material is washed. They tend to employ a downward sloping section which for rapid drainage, followed by an upward incline where the material is further separated and dried.

Trommel screens, sometimes called rotary screens, have a distinctive tubular design. Material enters one (normally elevated) end of a rotating cylinder, lined with screening material. Undersize material passes through the apertures, and oversize material exits at the other end of the tube.